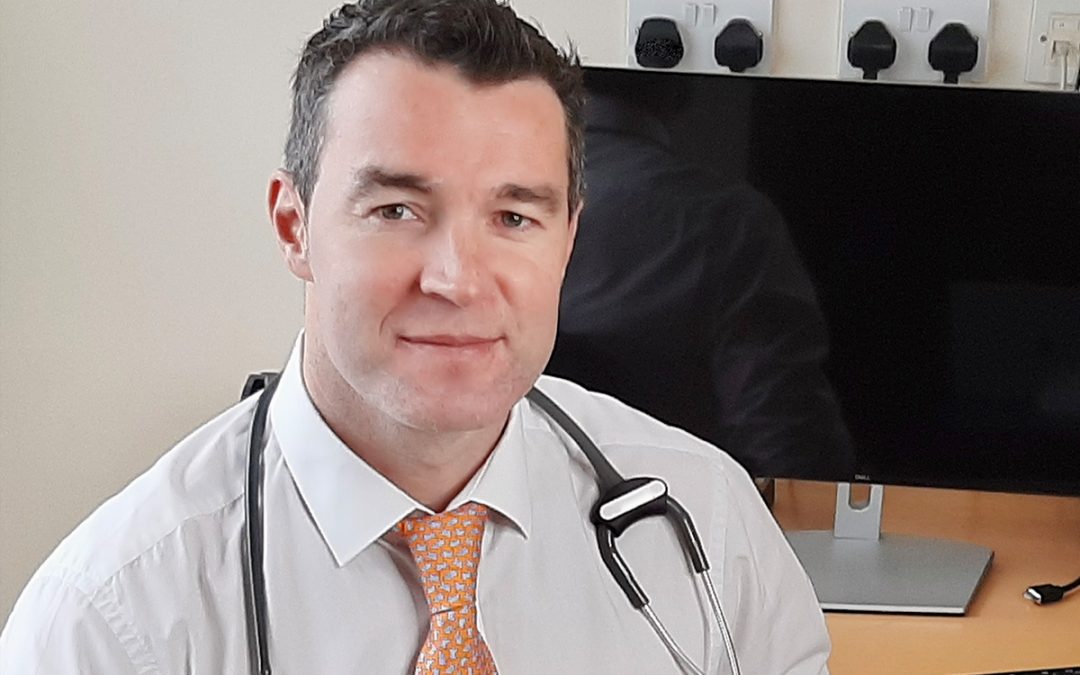 Dr. Lucey hails from Croom in Co. Limerick. He was educated in Croom National School, Cistercian College Roscrea, and Limerick Tutorial Centre before going on to complete his medical degree in University College Dublin graduating in 2004 with an honours degree.

He completed his internship in St. Vincent’s Hospital Dublin and University Hospital Limerick. He trained as a GP on the Mid West Specialist GP Training Scheme from 2005-2009, and completed a Diploma in Child Health in 2006 as well as a Certificate in Family Planning in 2007. He worked as a GP locum and also in the AMAU in University Hospital Limerick before joining the practice in Roxboro with Dr. Harry Comber at the start of 2011.  On the retirement of Dr. Comber in 2018, Dr. Lucey and Dr. O’Donoghue went into partnership creating Roxboro Medical Centre.

Dr. Lucey is a very keen sportsperson having played both Hurling and Gaelic Football with his native club Croom as well as representing Limerick from the age of 16 in 1996 up to his retirement in 2015. He represented Limerick at Senior level for 17 years with 67 championship appearances, over 30 in each code.

Following on from his interest in sport, Dr. Lucey completed a Masters in Sport & Exercise Medicine from University College Cork graduating in 2009. He is a certified provider of the EMS Swiss Dolorclast method for ESWT (extracorporeal shockwave therapy).